Agent Xero is the main character of The Modifyers. She along with her sidekick, Mole, work together with Katz to stop Baron Vain's evil plans. Since her age is uncertain and never revealed, she could possibly be a young adult.

Xero has Teal eyes with Purple eyeshadow, and has long Pink and Purple hair with orange highlights. She wears a white mod mini-dress with bell sleeves, a black belt with a silver buckle, white knee-high go-go boots and black leggings. She also a ring with a pink gemstone and purple band that doubles as a comm device.

Agent Xero takes her job seriously and has a positive disposition. She however enjoys bending the rules for her own sake as seen by her desire to use the All-Seeing Eye before transfer. She also is shown to be bossy, wanting Katz to know they were delivering the Eye under her supervision.

Xero is, as the show title would suggest, able to modify her appearance in order to perform her missions and infiltrate Baron Vain's ranks.

She currently has no affiliations except for Mole and Katz, although this may have differed if the pilot hadn't been rejected by Nickelodeon. Her Enemies include Baron Vain and his henchmen. The only existing ones are Rat, and her alter ego, Lacey Shadows.

Lacey Shadows is Baron Vain's favorite henchwoman and a criminal, and one of the personalities Agent Xero disguises as. Her first two appearances is in the drain, along with Rat, taking away "The All-Seeing Eye".

In this form, she has teal hair with purple hightlights and wears a black frilly dress with a lavender shirt under, black fingerless gloves, cyan buttons on it and a teal belt with a cyan buckle, black high-heeled boots and purple leggings with stripes on it.

Lacey's personality is different from that of her original. She is very sneaky and clever whenever Xero disguised as her to foil Baron Vain's evil schemes. She is somewhat athletic, tough, and sarcastic. Unlike Xero, she is really tomboyish and loves to mess with Rat at any oppurtunity. She is also not much of a team player, noting that while she and Rat both were on the same team, "and I'm the team captain ." 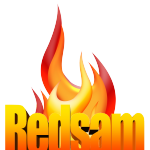 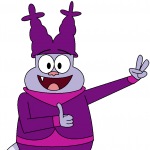 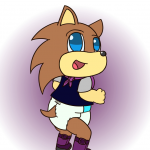